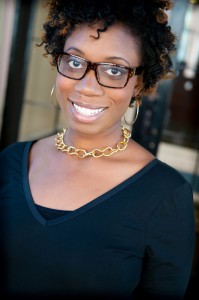 That’s the phrase Kimberly’s friends are most tired of hearing, and also the best way to get to know her.

Kimberly is a writer and host with an affinity for popular culture and art. At an early age, her well-intentioned parents left her to be raised by wolves: television, urban radio, and serial book series. This upbringing was rounded out with several excursions to experience low, middle, and high “culture” throughout her New York  City hometown. Unsurprisingly, this left a young Kimberly with little understanding of what her career path should be. Eventually she settled on Chatterbox because she could talk about anything. Her refreshing takes on contemporary pop culture and art are backed by an informed understanding of history and social movements.

Since her college years, Kimberly has worked in a variety of media.  Her work has appeared in the Harvard Crimson, Real Simple Magazine, Advertising  Age, Dominion of New York, The Wonderist, For Harriet, on WNYC and on HuffPost Live. Her personal musings can be found on her blogs: http://www.kimberlythinks.com and artisnowpop.

Kimberly earned (yes-it was work) a Bachelors of Art in History and African and African American Studies from Harvard University. She followed that with a  Masters of Science in Media and Communications at the London School of Economics.  Because learning is a journey and Kimberly is a nerd, she continues to take writing, media editing, and hosting classes in the New York City area.